Aerial Photography – from kite to drone

Since the beginning of the excavations in 2007, the Sissi project has given priority to aerial coverage to add to the Google Earth pictures that were then starting to be of a useful resolution (Fig. 1-2) 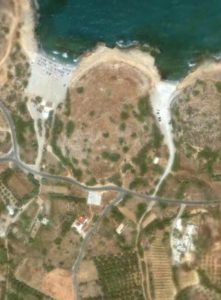 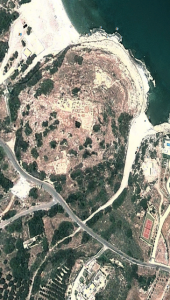 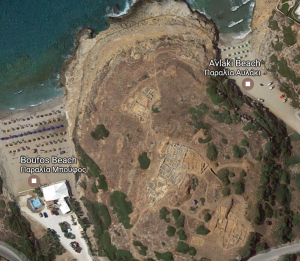 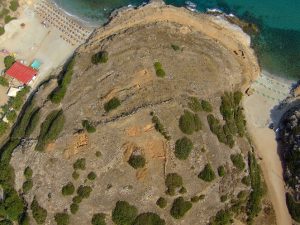 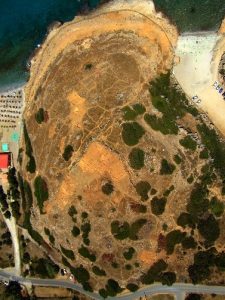 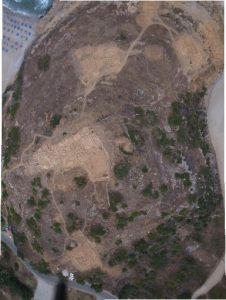 During the first five-year programme, we invited Christophe Gaston to fly his kite over the site, producing a series of aerial pictures at different altitudes (Fig. 3). For this work he used a compact Fujifilm E 900 (9M pixels) camera with a 32 mm lens. The photographs were corrected afterwards for optical deformation. The camera was attached to a large Rokaku kite and connected to a small video screen (HI8) coupled to a radio transmitter on the ground which allowed us to envision the image before shooting it. He also brought an 8 m long pole with which low aerial vertical shots were taken of the individual trenches. We now have our own pole for day-to-day recording. Christophe has also worked at Malia, Palaikastro, Delos and many other sites and more information can be found on his own website at http://www.truellevolante.fr/. 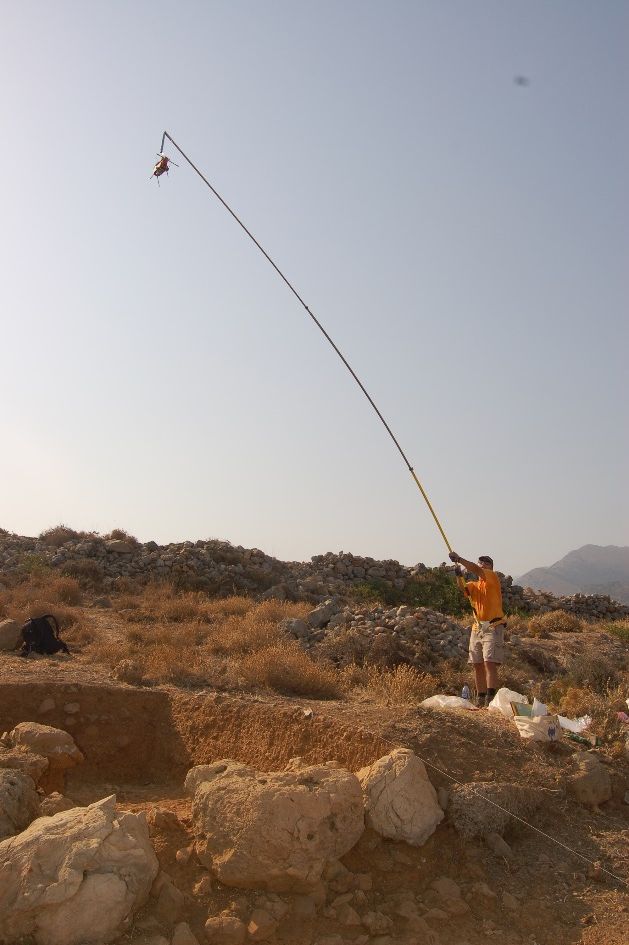 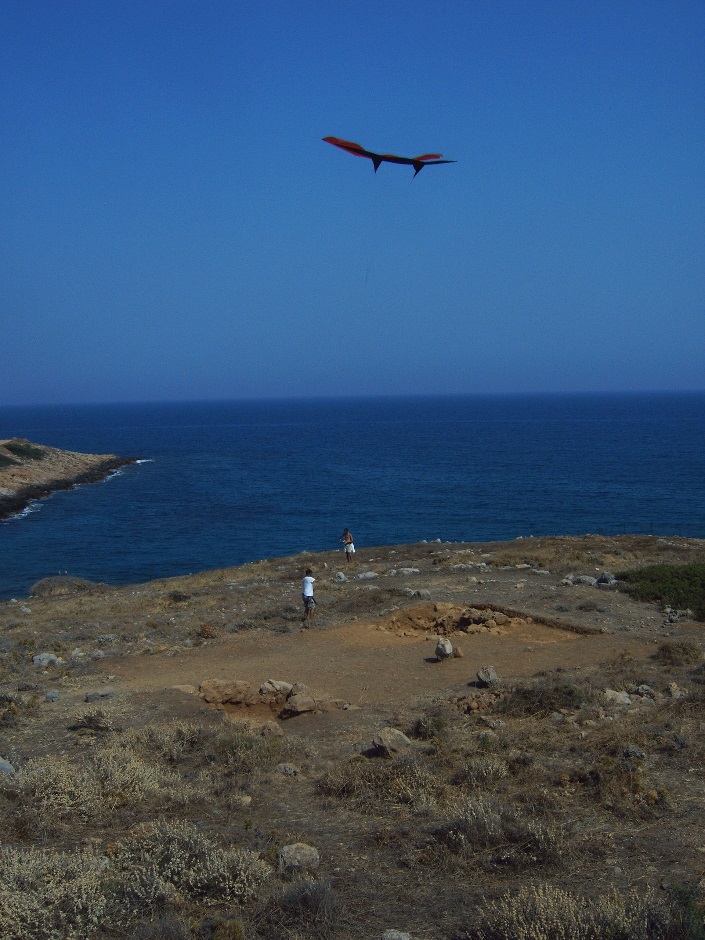 Figure 3: Pole-photography and flying the kite over the site during the first 5-year programme © Sissi Project.

Since the start of the second five-year programme we have used a drone, operated by Nicolas Kress (Fig. 4). The drone not only allows us to be autonomous, but also to fly more often – on an almost daily basis if needed. Moreover, setting-up and flying the kite was laborious and, because of weather conditions, not always possible whereas the drone does not face such problems. We use two drones: a DJI Phantom II with a Go-pro camera, and a video return attached to the controller. This quadricopter is easy to set up and to fly. We also have a DJI Mavic Pro with his own camera and controller. Because the drone allows a much more sensitive controlled operation, we can obtain high-resolution orthophotos of features, trenches, and of the entire site. For the latter, we fly at low altitudes and take a large number of pictures with a sufficient overlap. From all these “close up” pictures, we then reconstruct a general view, either of a single trench or of the entire site and this at a high resolution – we manage to have a resolution of less than 1 cm/px for an area of 70 by 70 m. The orthophotos, through the input from the topographical team, are georeferenced

The use of high resolution pictures is part of the multi-disciplinary approach which the team follows. Not only do they allow us to have views to illustrate reports, the website or presentations, they also provide area supervisors with specific progress images, and available the day after the flight. Likewise, the images can be used to produce stone-by-stone state plans for the architectural team. Video provided by UAV can also be used for publicity and educational reasons; moreover, since the resolution is better than that of google earth for example, we can use the aerials to prepare ground surveys, delineate terrain units, identify obstacles prior to land reconnaissance, calculate distances, identify vegetation etc. More information can be found at http://insideunmannedsystems.com/drones-transform-archaeology/